Over a Dozen Local Artists Bare Their Artistic Soul 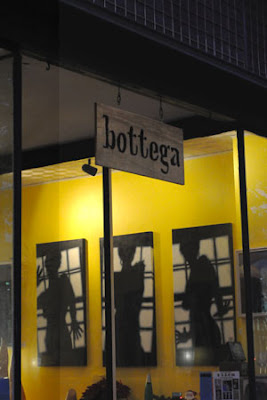 Why does nudity ignite such controversy? Even though it is the most natural state for a human, we still become shy, judgmental and even shocked when faced with a body sans clothing. It really is a shame that the human form, in all its glory, is expected to be covered at all times, emerging only to be used for marketing, science or pornography. Why can’t we simply appreciate it, as it is, without degrading it, critiquing it or slapping a racing-flag bikini on it?

When it comes to art, however, the nude body can thankfully find solace in a world that respects and admires it as a subject, representing the shapes, colors and movements of human skin. Leslie Pearson, a local painter, finds a particularly raw beauty in the naked form.

“Throughout the history of art, the nude body has served as a standard for learning about ourselves and how we relate to each other,” Pearson says. “We all have a body, in one shape or another, and we are all involved in sex, birth, death and the physical changes that occur with time.”

She likes to use the naked body as a metaphor for life and garments as metaphors for the things that inhibit life. “When stripped of everything, we are often left with universal feelings of being exposed, vulnerable, demystified, and wanting acceptance and protection. The nude form is also steeped with various mental, emotional, and spiritual social norms and stigmas. Even though we live in a culture that is overloaded with ‘nakedness’ and is driven by sex, most people still have feelings of modesty at their own nudity and shame at seeing someone else’s nudity in the wrong context.”

Pearson displays no shame when using her own body as inspiration for art. She recalls fondly the day she happened upon a subject while simply going about her daily routine.

“One day, as I was getting out of the shower, I noticed that the light from the window was cascading in, causing dramatic shadows to show up on the back of the shower wall. I had a childlike moment and started making shadow puppets with my fingers, and then started striking theatrical poses. I was having so much fun I decided to go get my camera and take a few photos. I chose my three favorite images and translated them into my painting ‘Triple Silhouette.’”

“Silhouette” is a trio of oil paintings on stretched canvas, depicting a woman’s silhouette dancing in front of a window. Though the colors are dark and brooding, limited only to black, periwinkle gray and dusk-like blue, the canvases glow with movement. The subject itself conveys a playful personality, making jazz hands and striking poses in front of the window. Pearson admits that she had reason behind her color palette.

“I decided to work in all black and white because it adds to the already noir feeling of the poses,” she says, referring to “film noir” of the ‘40s, associated with a low-key black-and-white visual style that was inspired by the German Expressionist era.

Fellow painter Janie Miller chooses to keep her nude subjects a little less personal by keeping their identities blank. Yet somehow, by omitting an identity, Miller manages to make each subject personal to the viewer by leaving interpretation completely open.

“The human figure is a vehicle for emotion, and that is what I concentrate on with my figure paintings,” Miller says. “The body contains emotion, contains the mind and shows these emotions through posture, through position.” She admits, however, that the intimacy of the human body presents a challenge—and it has nothing to do with shyness.

“The human eye detects inaccuracies instantly,” she says. “Each [of the bodies] exist in a space that nearly define the figure rather than allowing the figure to define the area, thus creating a sort of harmony where the only lasting detail is the emotion carried through by the posturing of the figure itself.”

This week Miller and Pearson will join a dozen other nude enthusiasts at Bottega Gallery for “Flesh: A Celebration of the Human Form,” a nude art exhibition that will include male and female subjects in several mediums. “What I like about the ‘Flesh’ exhibition is that the nudes are all tastefully done, mostly in the classical style of a life-drawing class,” Pearson explains. “It’s a celebration of the body as a beautiful creation and an honest approach at attempting to master the human form as a work of art, as well as an effort to capture the human spirit.” 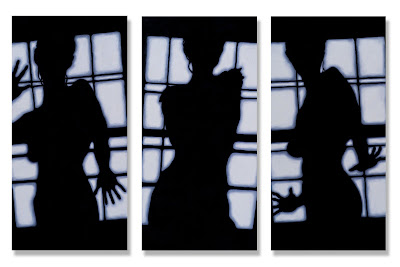