By Joanna Crothers and Danielle Bonica 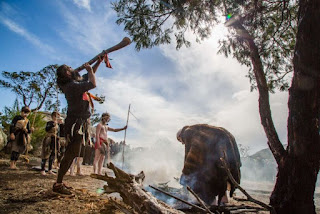 PHOTO: Refugees said taking part in the traditional ceremony helped give them a sense of belonging. (ABC News: Danielle Bonica)

Dozens of refugees in Victoria's south-west have discovered parallels between Aboriginal culture and their own, after taking part in an ancient Indigenous ceremony.

Refugees from South Sudan, Burma and Iran climbed up to the top of Wurdi Yawang or Big Rock in the You Yangs, south-west of Melbourne for a gathering of the elders ceremony.

Wurdi Yawang is a culturally significant site, set amidst the distinctive granite peaks of the You Yangs, which rise from the volcanic plains between Geelong and Melbourne.

It is a spiritual place that has been used by Indigenous ancestors for thousands of years as a gathering place. 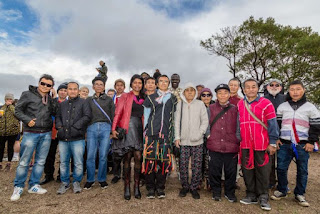 The gathering of the elders ceremony marked the start of an extreme two-day "arts walk", which traces the songlines — or history — of the Wadawurrung people in the region.

James Reuei was born in South Sudan and became a refugee while living in east Africa.

He said he would remember what he had seen so he could better understand Australia and the city he now lives in; Geelong. 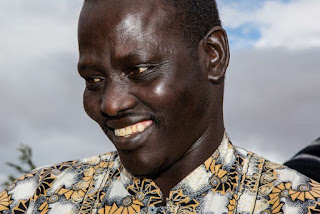 "Indigenous people are part of this community and we want to join them and respect their tradition," he said.

Mr Reuei said similarities between Indigenous culture and his own helped give him a feeling of belonging.

"It's very important for the community to get a good spirit, and to get peace and harmony. It's a way of unity," he said.

"We come to celebrate the elders. Because elders in the community are very important, especially in the African community and we need to honour them." 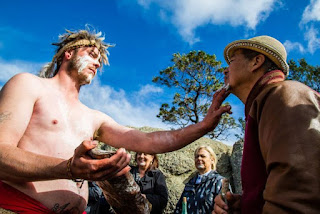 Celebration with music and dance

Wadawurrung traditional owner Corrina Eccles led a song and dance in language with other women. 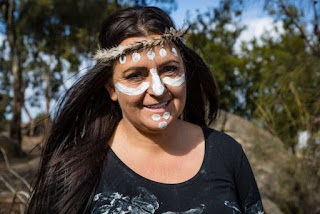 Ms Eccles said dance was particularly helpful for sharing history with people from other countries.

"We all have different languages. We find they [people from other countries] really embrace, respect and value what we have to share.

"It's really significant that it starts with the first peoples sharing our story," she said.

"It's people being knowledgeable of the first people that cared for this land, for this country."

The ceremony was also attended by Greens leader Senator Richard Di Natale who agreed caring for country was essential. 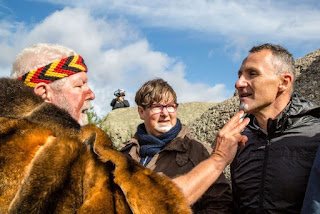 A call to ceremony was performed by Barry Gilson who sang in the Wathaurung language.

"What I sung means rejoice and celebrate," he said.

"Singing has strong historical values and we try to educate people and keep the culture fresh, revitalised.

"To bring it out of the hibernation it was put in through colonisation."

The Mountain to Mouth event will finish when walkers arrive at the head of the Barwon River on Saturday night. 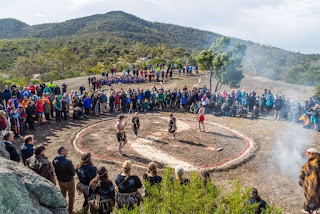 PHOTO: The Wadawurrung ceremony took place among the granite ridges of the You Yangs. (ABC News: Danielle Bonica)