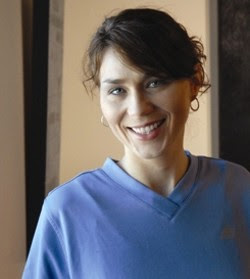 Overcoming limitations is a recurring theme in both the life and works of local artist Leslie Pearson. A painter who spent much of her young adulthood searching for a place to nurture the creative impulse, Pearson arrived in Fayetteville after her husband was stationed at Fort Bragg. They met while enlisted as photojournalists in the Army. Pearson had earned a bachelors degree from Southeast Missouri State University and a masters in museum studies from the University of Newcastle, but after graduation, she had difficulty finding a job.

“There were a lot of cutbacks in the arts when September 11 happened, and that forced me to into doing something else.” she said.

As a result, Pearson joined the Army. She said, “I couldn’t really do art because my first sergeant would come in for room inspection and say, ‘Get this crap cleaned up!’”

In spite of the limitations imposed by military life, Pearson views her stint in the Army as a positive experience. She said, “It not only challenged me physically and allowed me to pay off my student loans, but also allowed me to see that I was capable of doing something other than art as a career. I was a journalist, and I actually enjoyed it as a creative outlet. In a way, I let it go -- my art. I just kind of released it from my life, and afterward, when I got out of the Army, it really came back full force.”

In fact, one of the artist’s collections, Bird on a Wire, features four paintings that were inspired by Pearson’s memories of being a soldier:

Pearson’s enlistment ended in 2004, and she has since established herself as a professional artist. She also has expanded the original concept for Bird on a Wire to encompass not only her own quest for freedom, but also another recurring motif in her paintings: the struggle for women’s liberation. Pearson’s collection includes a series of five panels that depict the process of domesticating a bird and relate that process to historical attitudes regarding women. Pearson began the series after taking a walk through her neighborhood.

She said, “I saw this bird – so comfortable, perched in a branch, and I started thinking of how people lure birds to them and how the birds start to become tame. It’s almost like a trap -- first, you have the bird in its natural environment, and then you have it being lured, almost seduced, almost taking away its personality.”

The last panel in the series shows the bird perched on a human hand. Between the first and last panels, painted words connect the artist’s subject matter to the theme of women’s liberation.

“I found this text on the internet about different ways to tame a bird,” Pearson said, “and I thought, wow. This sounds exactly like some 1950s advice that a father would give his son on his wedding day: ‘Separate the bird you want to train so that she can focus on you as a companion rather than her housemate. Leave her in solitude so she can accustom herself to her new home. Younger birds are easier to tame. They have not become set in their ways and usually have not already been trained.’”

Pearson explained that she wanted “to look back at how far we’ve come as women, at that idea of a woman just going into a household, just being a wife and a mother and not having the advantages that we have today -- the opportunities, the choices, the options.”

Pearson often approaches the topic of women’s liberation by gaining inspiration for her paintings from poetry, music and literature -- particularly stories from the Bible.

“As I seek to understand myself and my role in the world,” she said, “I look for parallels between my life and the lives of other people. Currently, I’m working on a series of paintings illustrating Biblical themes. Much of the work so far focuses on women and reflects on the strength and perseverance they obtained through their lives and their spiritual journeys.”

Pearson works from her studio and teaches art at Fayetteville Christian School. The Pearson Gallery is open by appointment only and is located at 424 Dunmore Road. For more information, contact the artist at (910) 494-0690 or [email protected] To see more images of Pearson’s work, go to www.lesliekpearson.com. 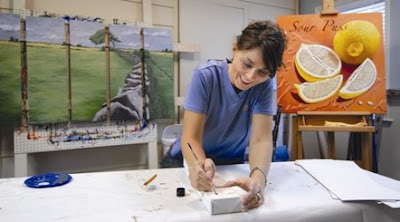