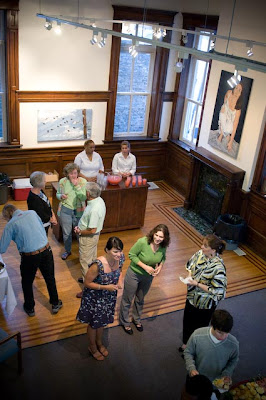 "Tell Me a Story," the narrative paintings and mixed media artwork by Leslie Pearson, is on display at the Wilson Arts Center's First Gallery. The exhibit was moved from the Boykin Center after it was closed due to structural problems.

As the old saying goes, a picture is worth a thousand words. Visual artists have a long history of telling stories through paintings, drawings and photography. Looking back through old family photo albums and seeing a picture of someone blowing out their birthday candles can bring on a flood of memories that tell the story of that special day. So is the case with paintings in which one image can speak volumes.

Like traditional narrative painters who draw upon historical, mythological and literary materials for scenarios of action, Wilmington artist Leslie Pearson often gains inspiration for her paintings from poetry, music and literature -- particularly stories from the Bible.

"A lot of my work focuses on women and reflects the strength and perseverance they have obtained throughout their lives and personal spiritual journeys," Pearson said.

One of the featured pieces is "Phoenix Rising," a large-scale oil painting, rich with biblical references and symbolism. Legend has it that the phoenix is a sacred, mythical bird known for its strength and beauty.

As the end of its life approaches, the phoenix builds itself a nest, sets it on fire and is consumed by the flames. After three days, the phoenix is reborn and arises from the ashes stronger and more beautiful than before. The phoenix became popular in early Christian art and literature as a symbol of Christ and represents the resurrection, immortality and the promise of eternal life.

In the painting, a young woman looks heavenward as she emerges from a pile of ashes. Like the Phoenix, she has died to her former self and is reborn anew. This imagery is also a reference to 2 Corinthians 5:17, "Therefore, if anyone is in Christ, he is a new creation; old things have passed away; behold, all things have become new."

Pearson takes her work a step further by adding hand-painted words or phrases.

"The use of text is a recurring element in my work. I often start a painting based around a word that has evoked a visual image for me. When I hear or read words, I get a picture in my head and then go from there," Pearson said.

In 2002, Pearson joined the Army as a photojournalist. About a year later she went totally deaf in her right ear as a result of permanent nerve damage and was medically discharged from the military.

"Not only was the experience a bit overwhelming," Pearson said, "it took a while to feel like myself again because I had to deal with headaches and vertigo -- symptoms other people couldn't see on the surface. Thankfully, these have since subsided.

"During that time of waiting and learning to come to terms with my disability, my art began to develop in a new way: I started incorporating more texture and words into my paintings and exploring new media. It was the worst time for me personally, however it was a catalyst for the kind of art I do now. Ever since my first series using text, my work has continued to transform on a conceptual level.

"Art is personal and subjective; there are no rules or boundaries, only freedom. My art has helped me find meaning in the midst of life's uncertainties and break free from perceived limitations. It transforms because it helps me transcend any situation. It's my voice; it's what I can offer to the world and I feel good about that," Pearson said. 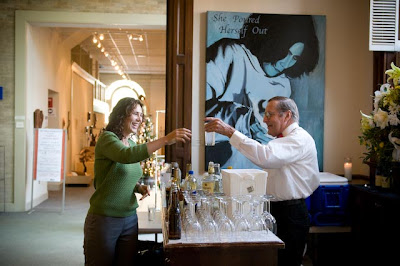 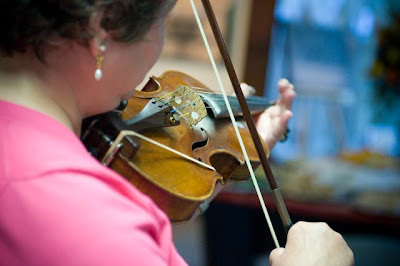